Rest in peace, Grandma. Say “hi” to Pop for me when you see him.

Early last July I got a phone call from my Mom. Grandma had fallen and broken her hip. Because of her age (almost 98) and some long-standing health problems, she was not considered a good candidate for surgery in order to repair the break. So she would be bed- and wheelchair-bound and was being moved to the nursing wing of the assisted living facility where she had been living for the past several years. Mom and Dad both thought that that was pretty much that, and that she was likely to decline rapidly. So they encouraged me to come up to Cleveland without too much delay so that I could have the opportunity to see her one last time and say goodbye.

Which I did. Less then two weeks later found John and I on a special trip up to Cleveland to see her.

I talked to my folks on Sunday evening, as I often do, and they told me that she had gone downhill rapidly over the last couple of days. She hadn’t even recognized my Mom when she had visited.

She died peacefully in her sleep that night.

And the following Friday morning I drove up to Cleveland for the wake and the funeral.

It was nice that my brothers were all able to fly in from California. Kevin and Christine even brought Max with them… allowing me to meet him for the first time. My uncles and aunts and cousins were there, as well as many members of the extended family that I hadn’t seen in years. Even Kay and Tony Bonanno, some old friends of the family came, which was especially touching as Tony has been battling metastatic cancer.

Nice seeing so many family members and old friends of the family. Sad that it had to be at a funeral. Sadder that it is probably the last time that I will see many of them (save at another funeral).

Grandma was a big influence on me. She passed on her loves of gardening, of cooking, and of antiques. She put together three cookbooks of favorite family recipes, which I use regularly. I still have not mastered her pumpkin chiffon pie, though I have figured out her yellow sunshine cake. I enjoyed going to glass shows with her and my Mom, and she passed on a lot of her glassware – along with anecdotes about the pieces – to me. “These were my mother’s candy dishes. I can remember coming home from school as a little girl and sneaking a piece or two of penny candy out of them before dinner.” And now they are my candy dishes, and I keep candy in them as well. The glass piece are beautiful, and I am sure that some of them are quite valuable. But honestly, the family connections and the stories about them are as valuable to me as the pieces themselves.

At the wake my family had set out some lovely photos of Grandma and Pop at their wedding in 1947. Grandma was so beautiful, and Pop was handsome. They were a great couple. 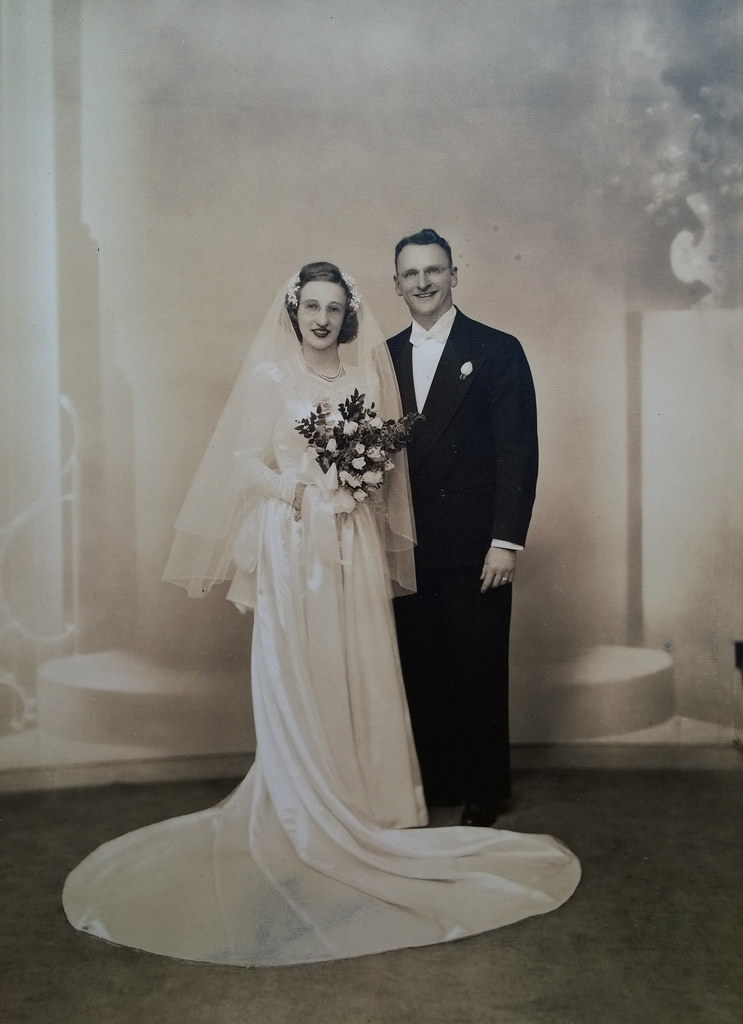 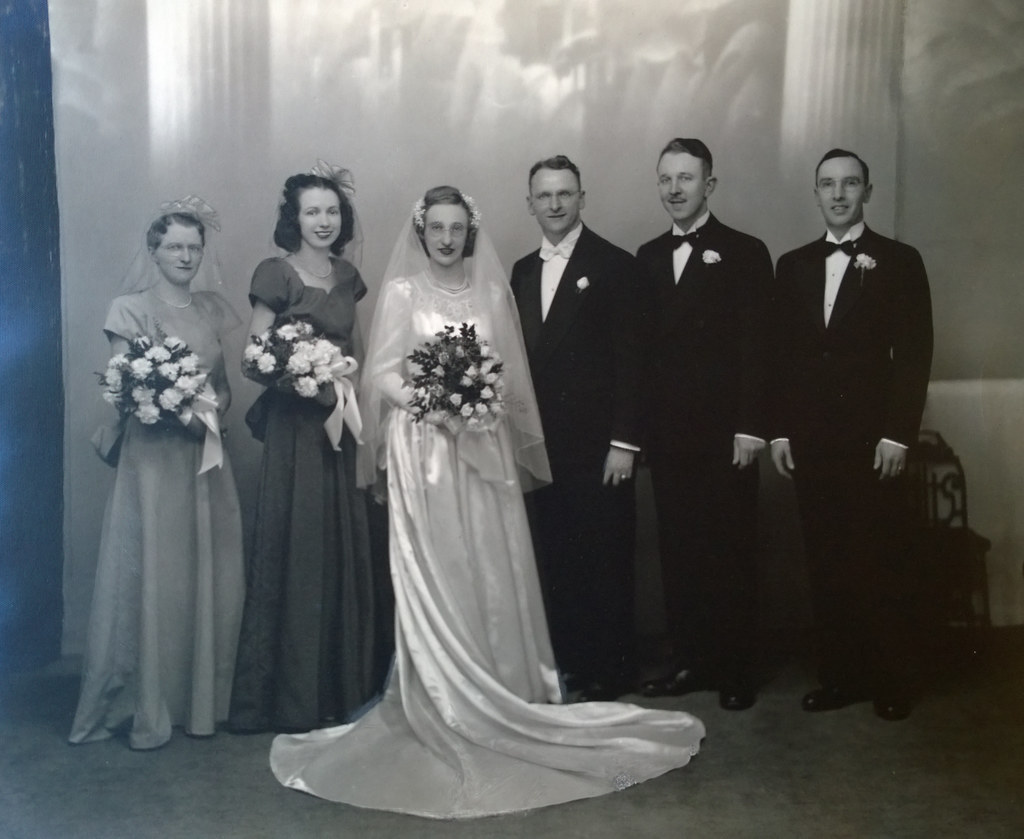 Formal portrait of Grandma, Pop, and their wedding party 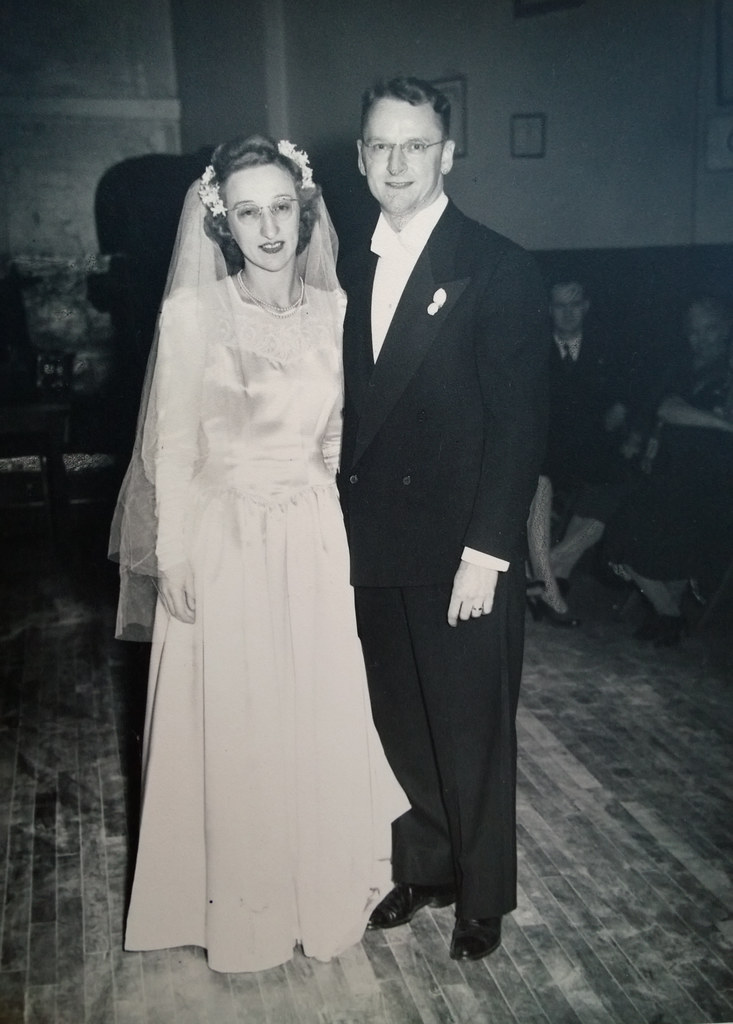 Grandma and Pop at their reception 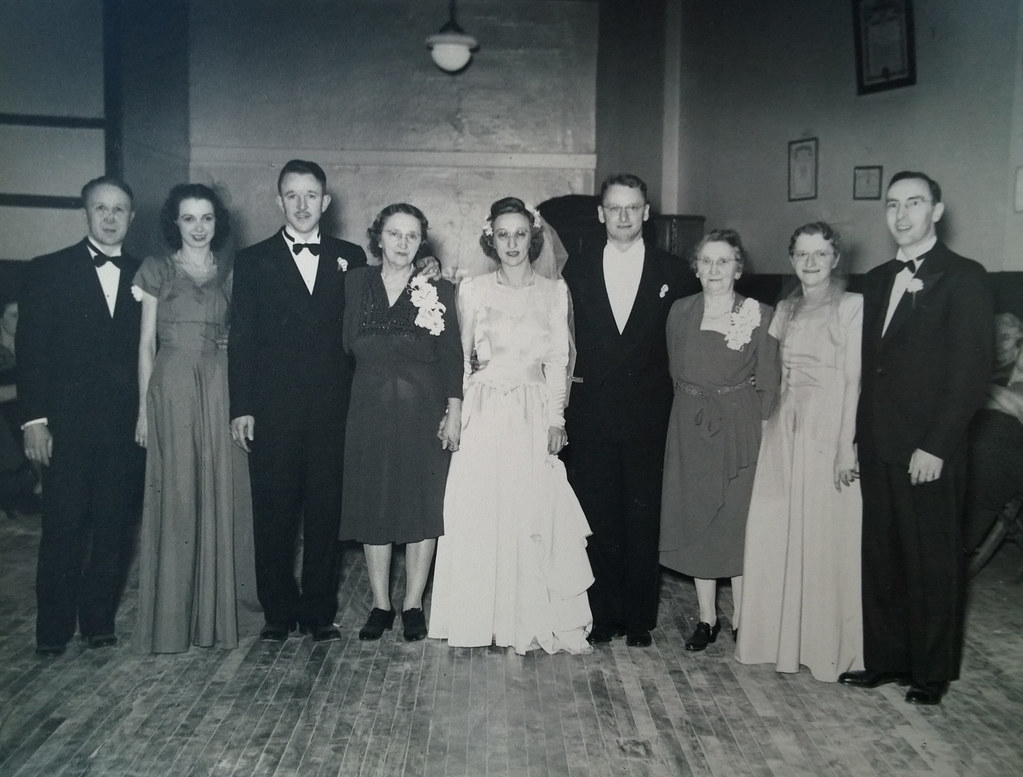 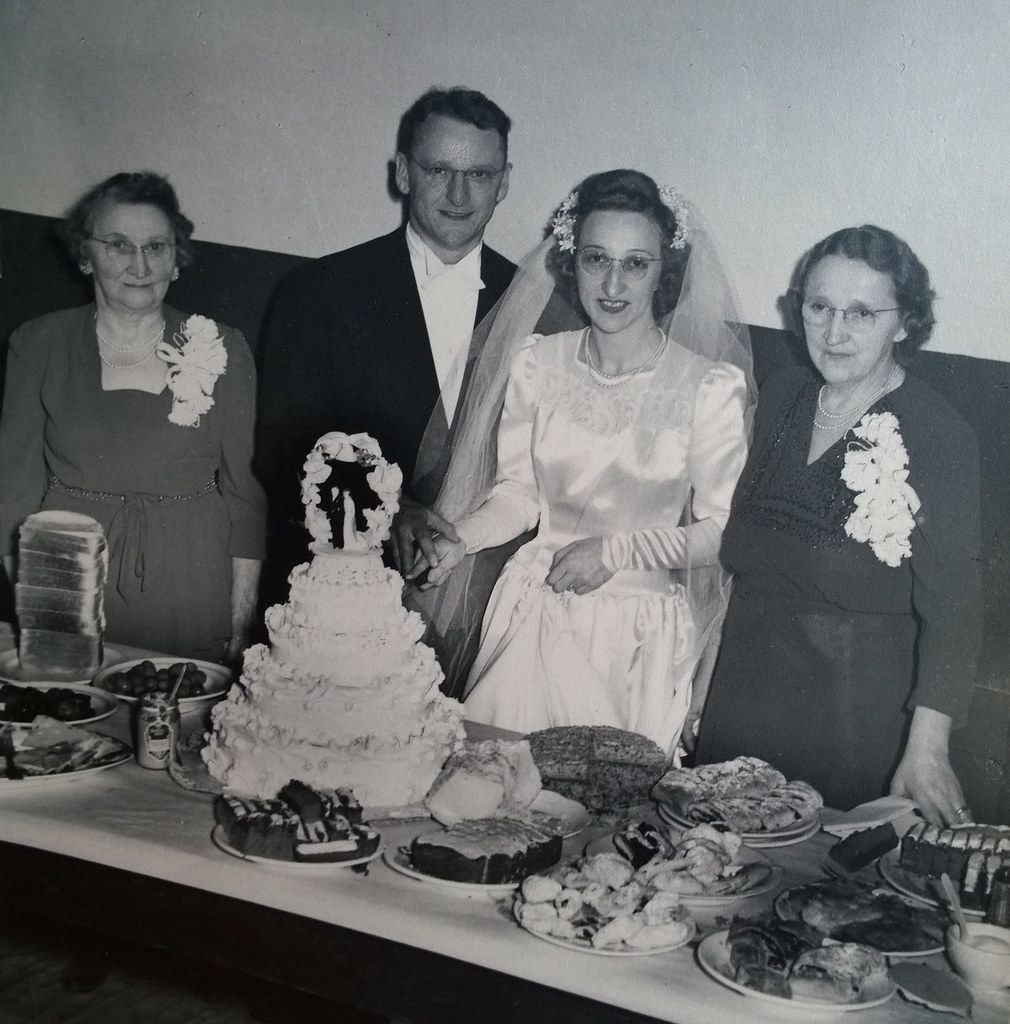 Another year gone by

My aunt and one of my cousins (I have an aunt, an uncle, and seven cousins in northern Spain, and I always found